We have all seen the competition around manufactures on the fastest Nordschleife lap times. But Jaguar doesn’t only show its lap times but also invites potential customers to experience the brand new 2012 Jaguar XKR-S themselves on the Nordschleife.

Where better to show its muscles then on the Nordschleife, that’s what Jaguar thought.

With their Jaguar test centre near the Nordschleife they collected 10 XKR-S models from 10 different dealer countries to invite potential and existing customers to drive their new sports model.

The new XKR-S can’t be overlooked at, with its new bright blue color it will stand out everywhere.

It wasn’t a surprise that we first discovered them all at the gas station near the Nordschleife. It looks aggresive with the new spoilers and the subtle carbon fiber parts.

The sound when they accelerated out of the gas station is a real beautiful v8 bellow with a nice burble when easing of the gas pedal. 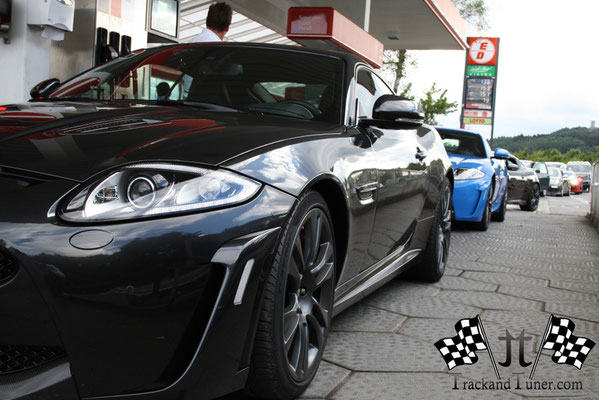 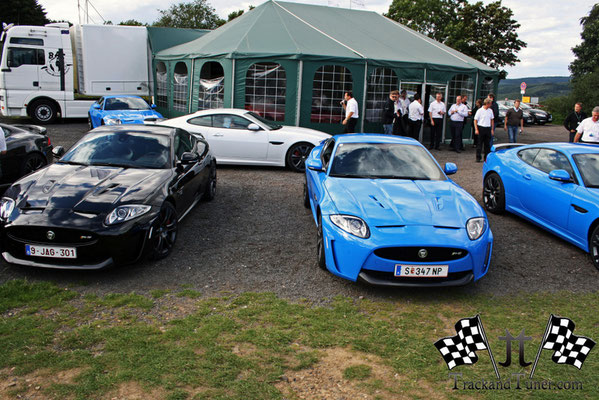 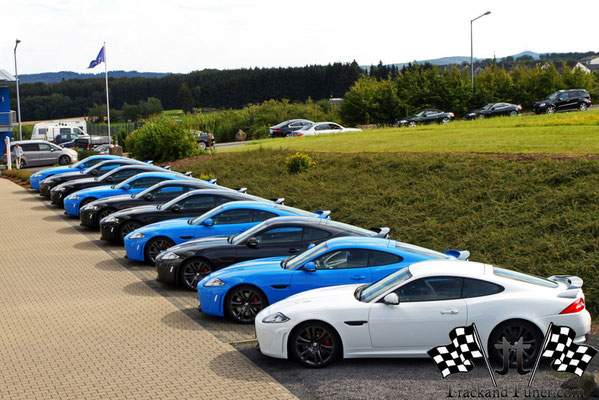 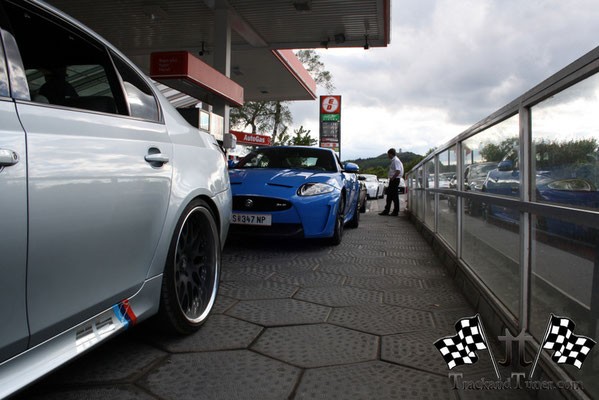 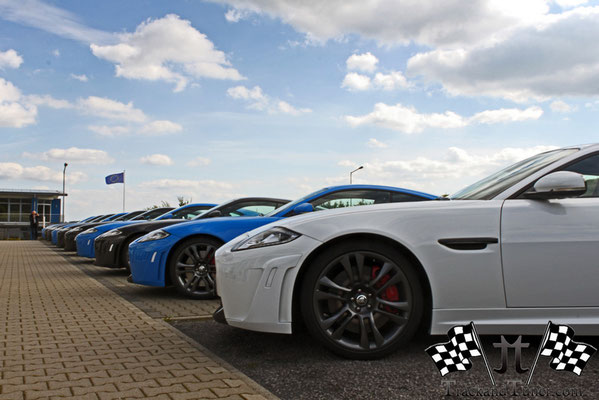 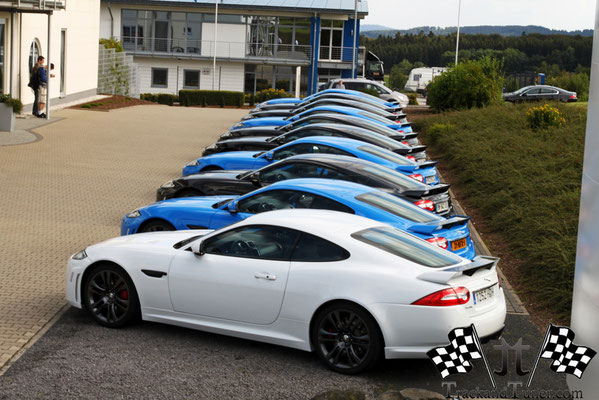 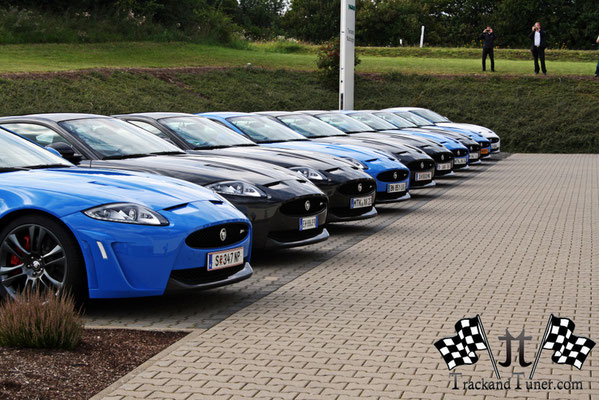 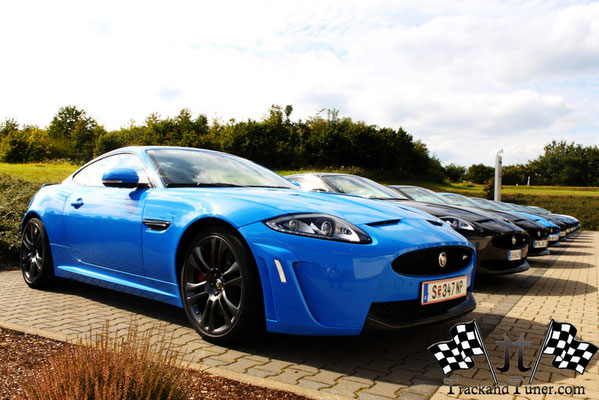 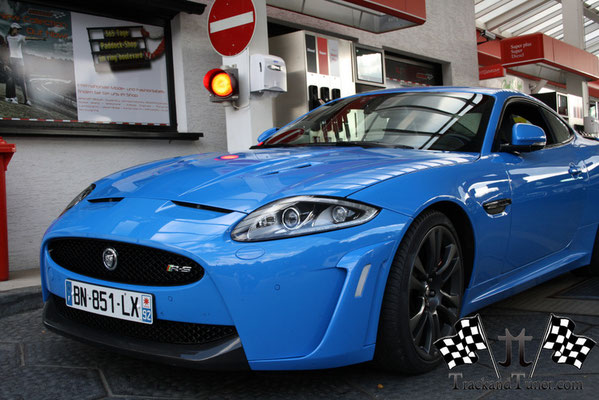 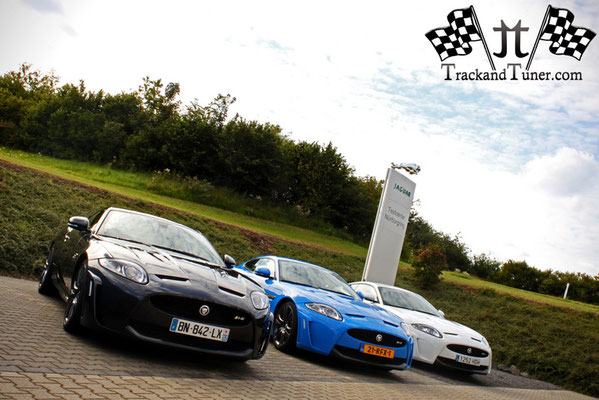 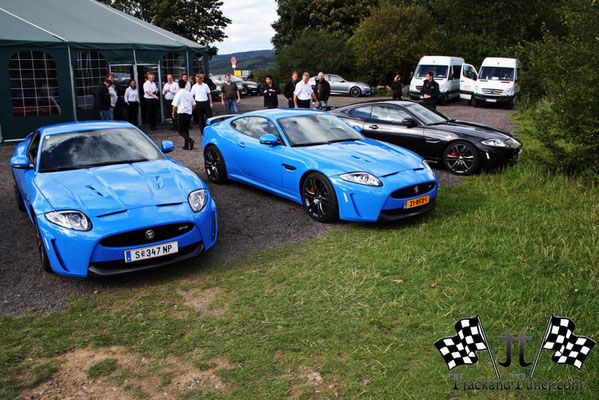 We later encountered them at the Jaguar Test centre where the drivers just put them side by side and where taking pictures themselves.

A perfect opportunity to shoot some good images of the cars in formation and a very exclusive sight to behold.

Listen to this great V8 of the new sporty Jaguar