Every year there is an auction area at the Oldtimer GP filled with rare cars. This time was no exception as TrackandTuner.com got close to the very rare Maserati MC12 and the racing version called the MC12 Corsa.

The Maserati MC12 was build to enter the FIA GT1 championship. The MC12 was based on the Ferrari Enzo.The 6L V12 produced 630 hp (slightly less than the Ferrari Enzo) and the MC12 is widened for better handling on the circuit. There are only 50 road version build all in the traditional white and blue.

The gorgeous design and the small number of produced Maserati MC12 cars, makes being this close very rare.

This black version has been spotted on the public roads though. 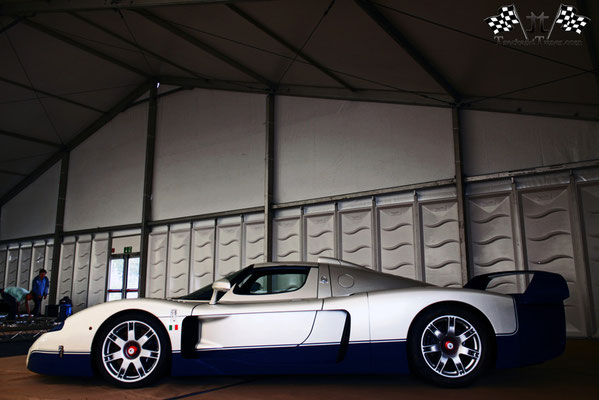 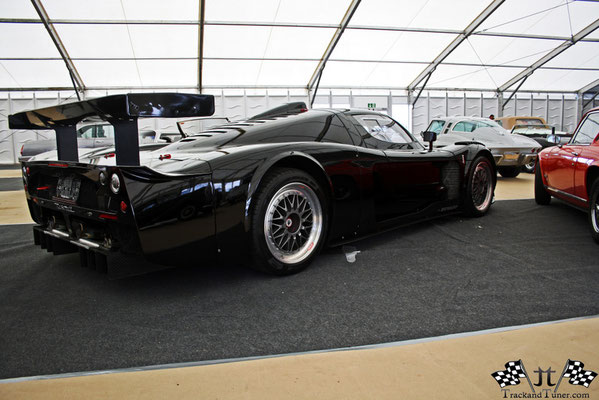 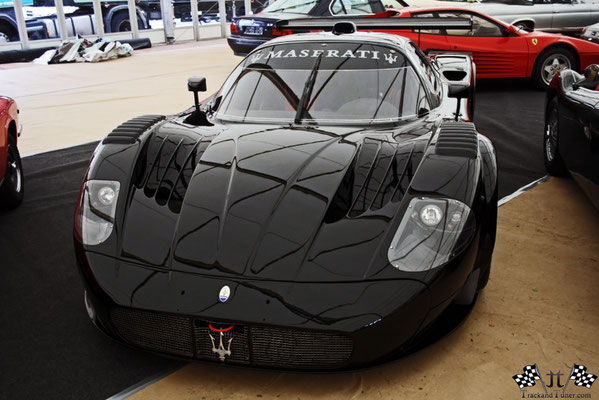 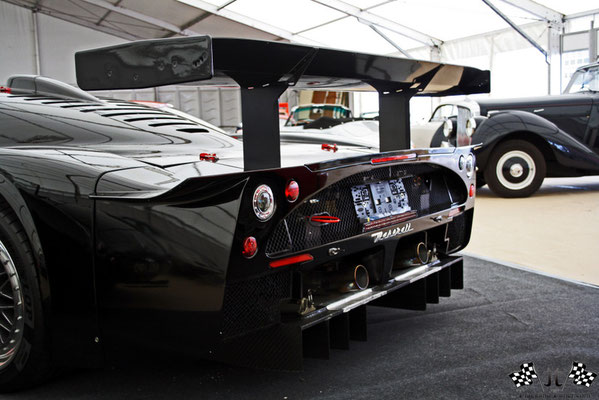 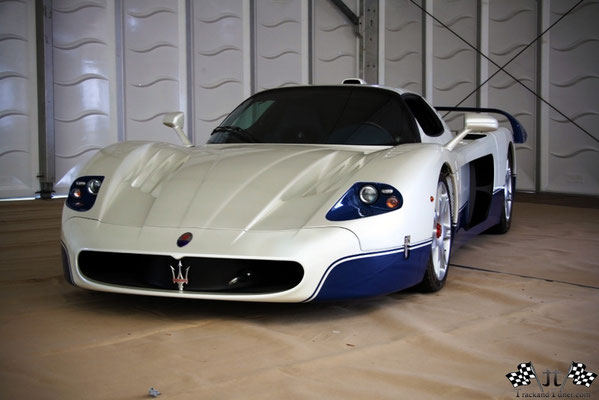 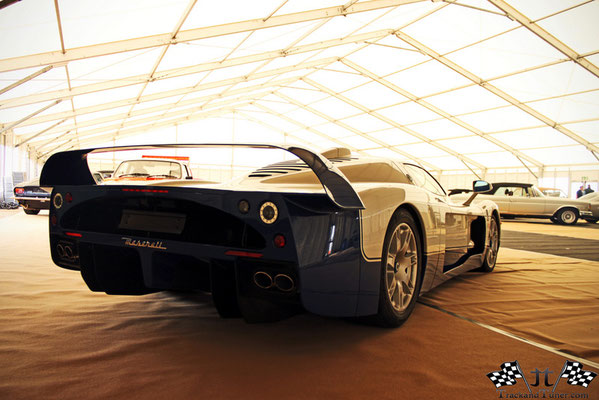 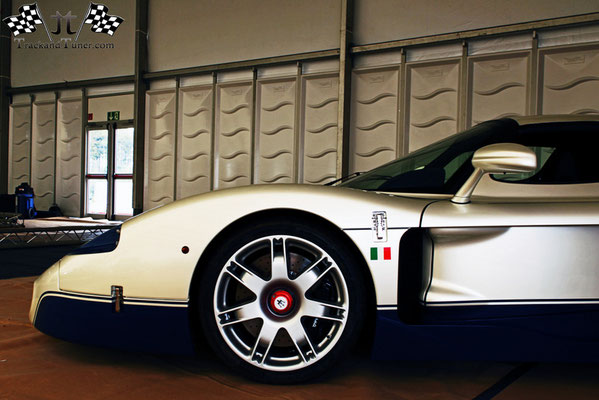 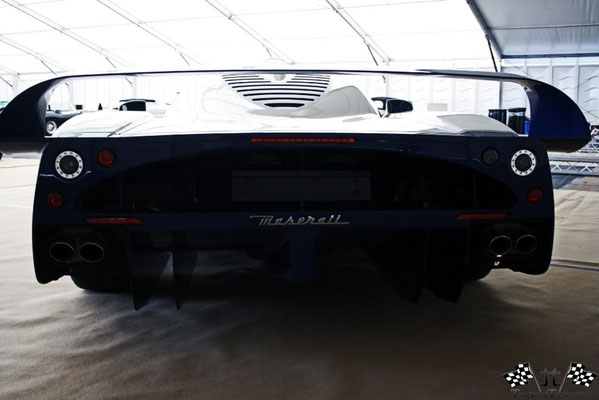