TrackandTuner had the opportunity to see and test the brand new Lamborghini Huracan Evo. During one of our favorite trackdays, GranTurisoEvents Nurburgring, they brought over six new Huracan Evo’s to introduce to potential customers and journalists.

The Lamborghini Huracan has been out since 2014 and has been a great success. The car is reliable, fast and easy to use with the new dual clutch gearbox. This combined with the awesome Lamborghini V10 has made this one of our favorite cars.

However after the introduction of the Performante, it was time for small facelift for the original Lamborghini Huracan.

The interior has had a major upgrade with some touchscreens instead of the traditional buttons. 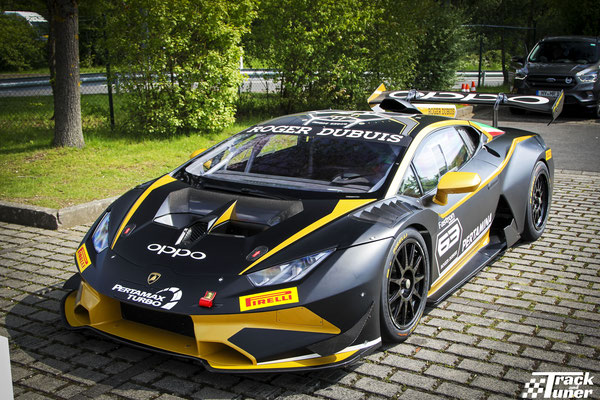 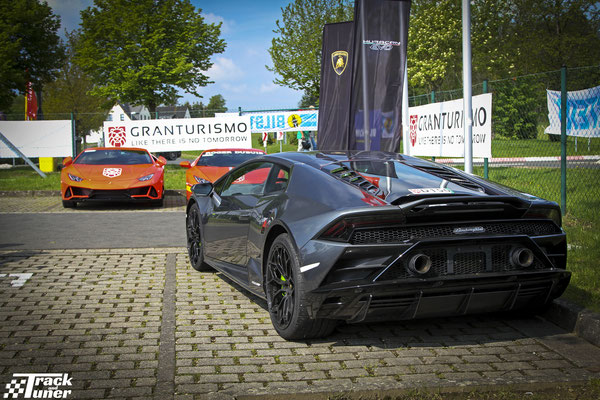 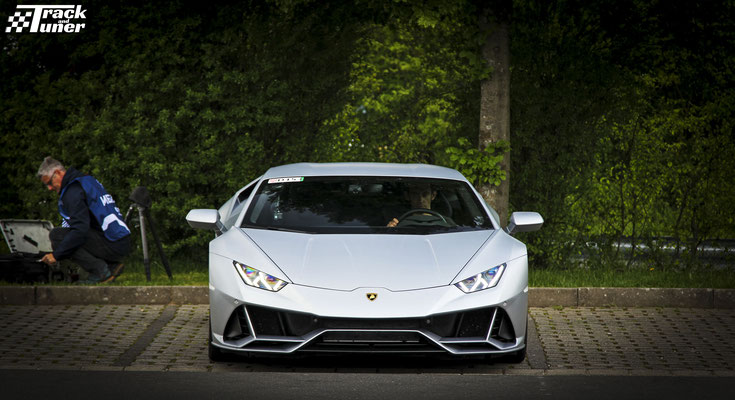 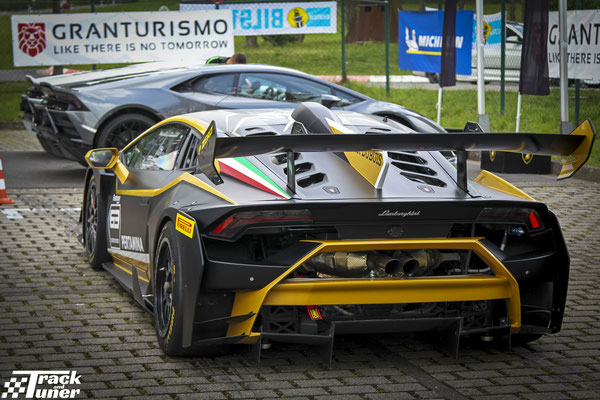 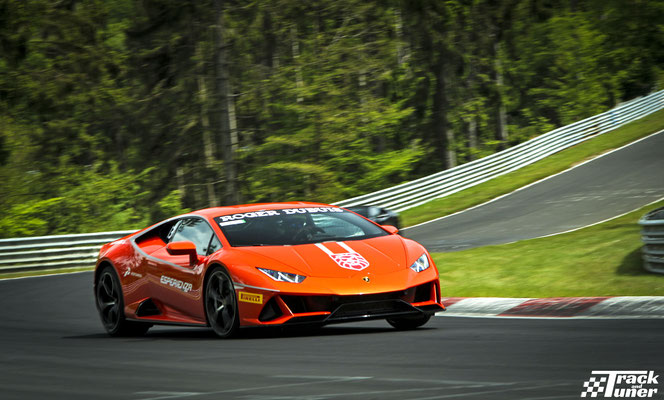 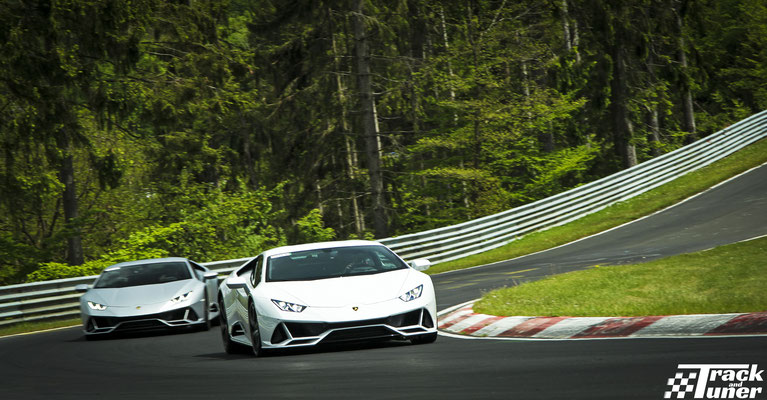 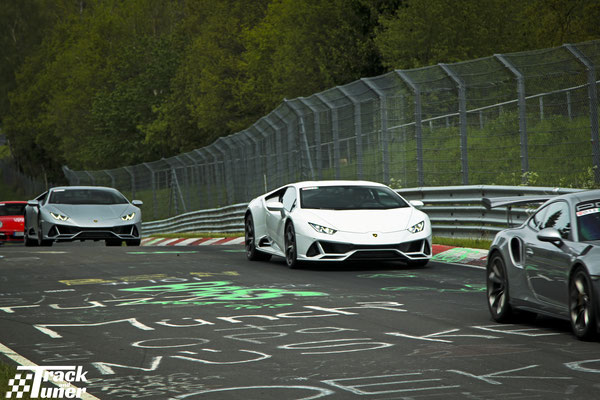 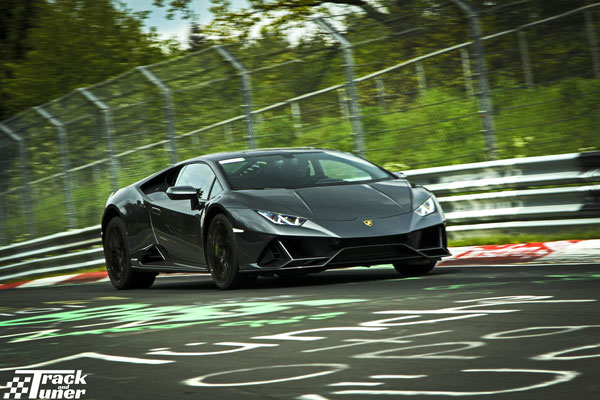 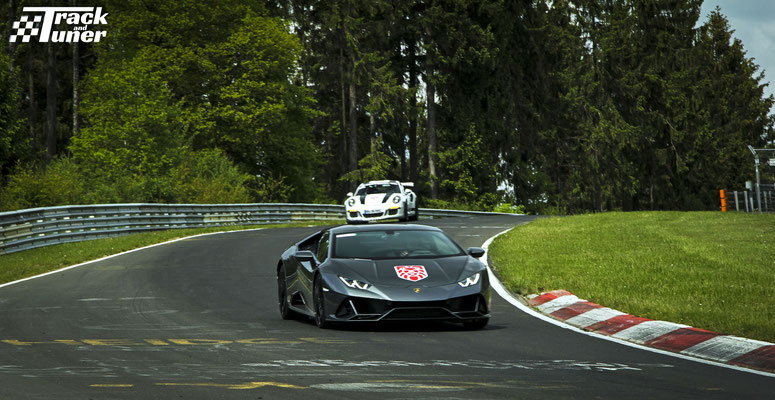 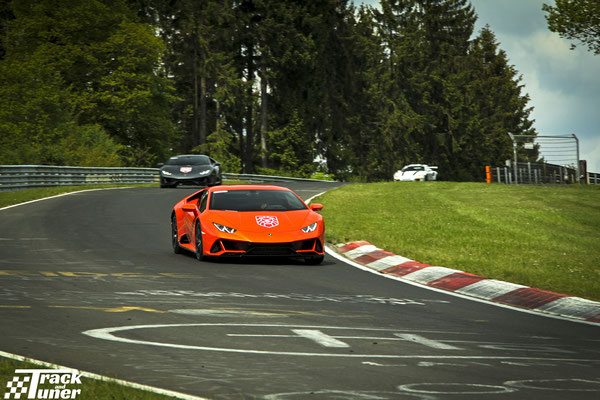 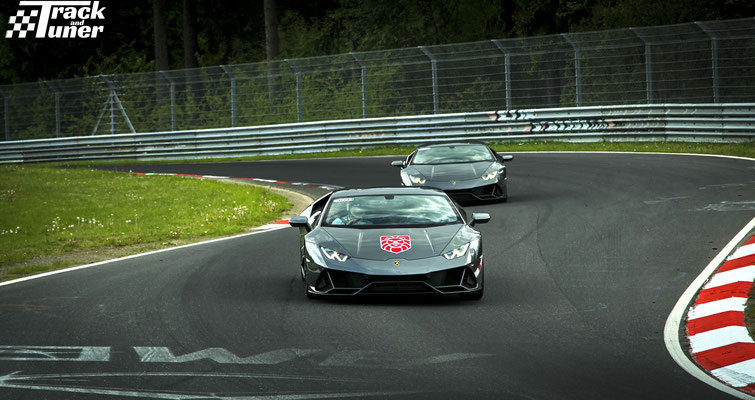 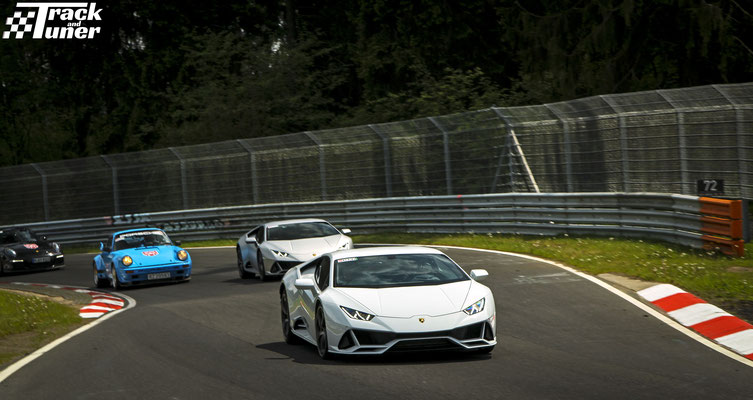 It has not only been changed from the outside, but also gained 30HP. This means the Lamborghini Huracan Evo now has 640HP, which is the same as the Performante.

It also has rear wheel steering making it more agile.

During the introduction, potential clients could test the performance on the Nordschleife. As you know we have a lot of experience in a Huracan Performante, as you can see here.

While the Performante has a more aggressive feel and look to it, the performance of the Evo is very close.

It does not have the ALA Aero, which makes a huge difference, but feeling wise we would argue that feels better and crispier than the original Huracan. 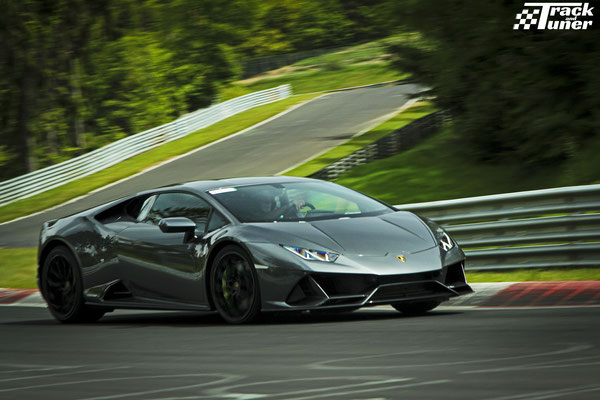 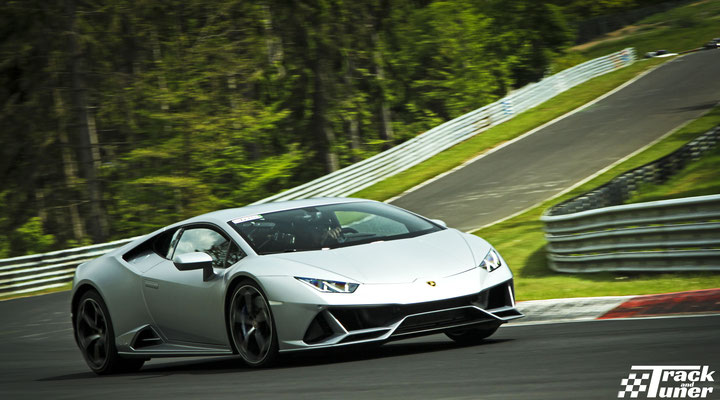 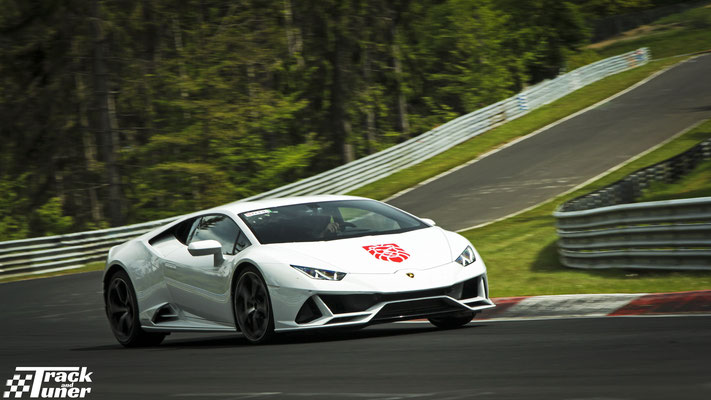 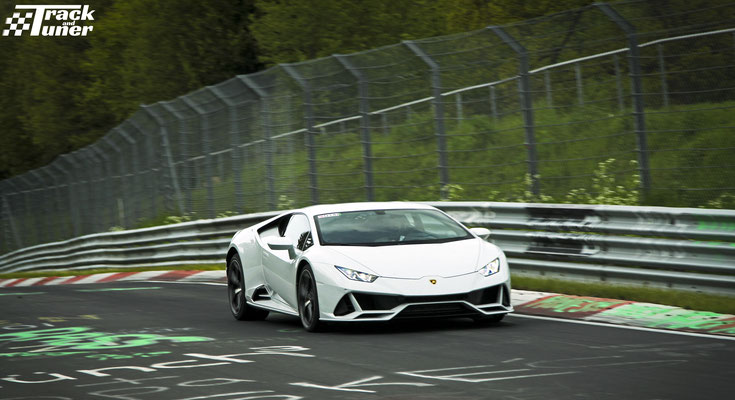 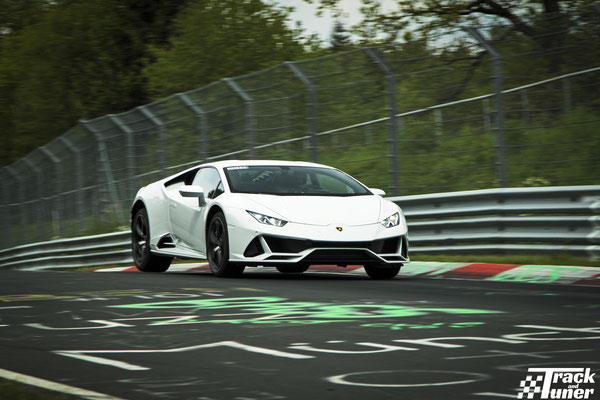 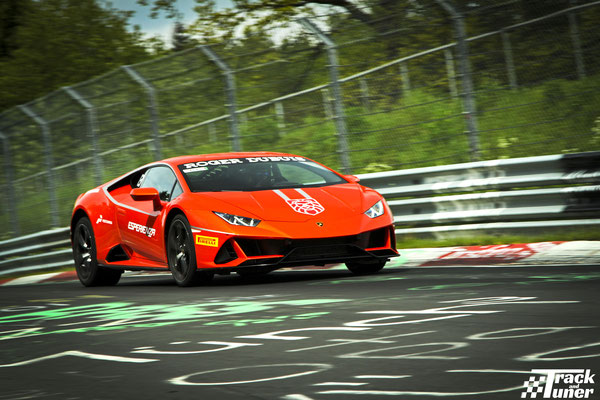 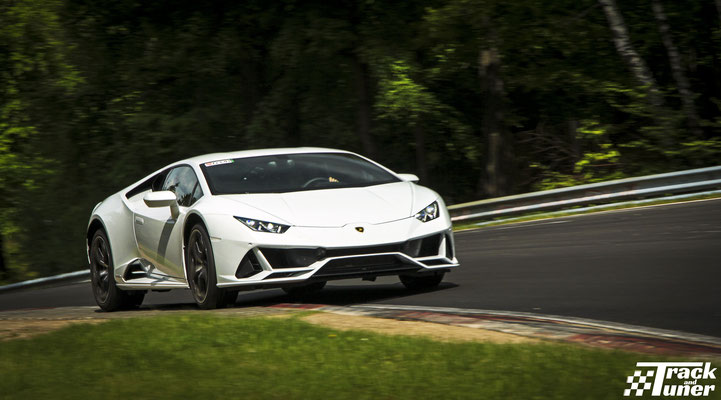 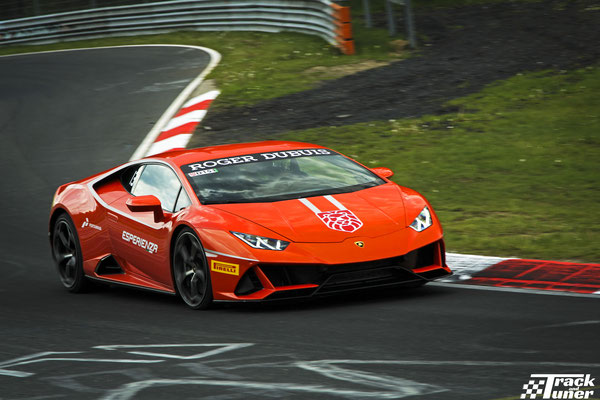 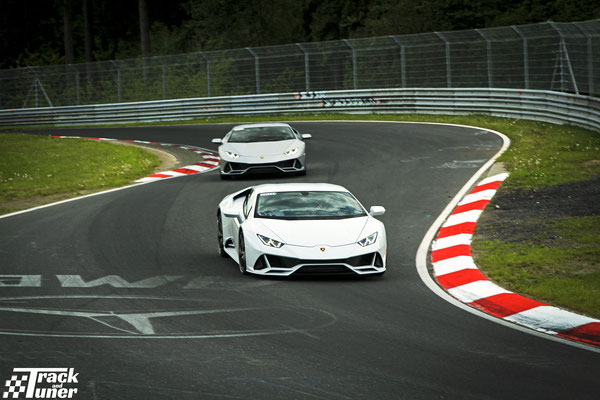 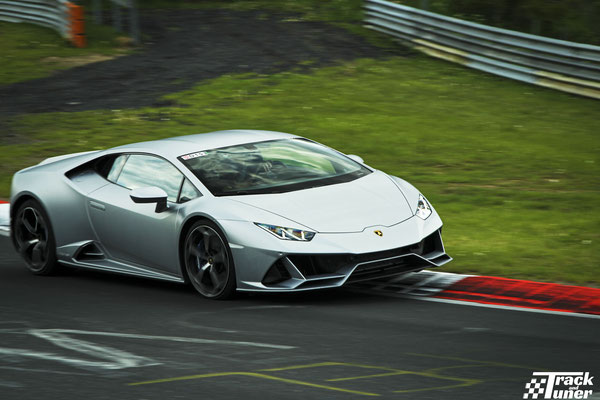 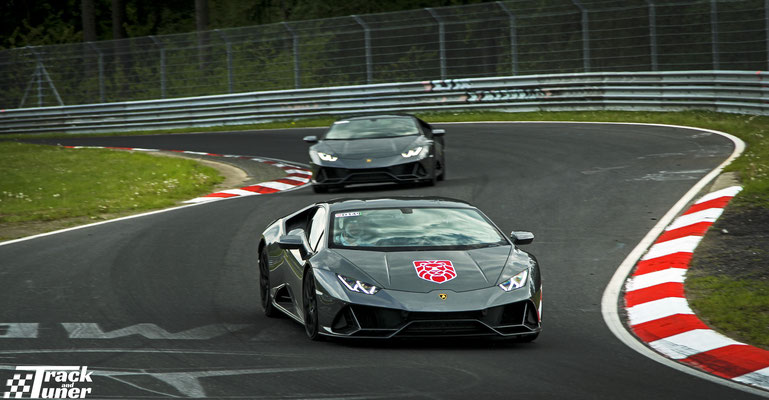 We had a short ride on the Nordschleife, but we can say, that the added power, the new interior and rear section make sure that the Huracan Evo is ready for the upcoming years.

Check out a slow instructor lap down below. Yes it is slow, and we are used to some fast action of fast Huracan's. But still nice to see and hear the V10. As you can see the Nordschleife takes no prisoners, with a Porsche GT3 RS which had a big crash.